You are here: Home1 / Stop sex trafficking of children 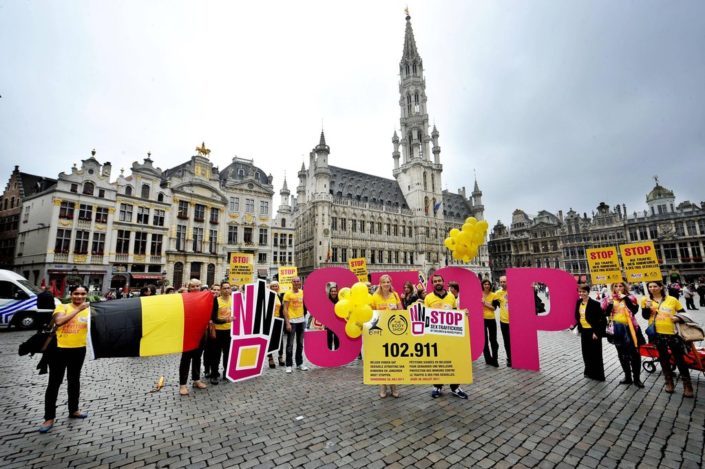 From 2009 to 2012, ECPAT International and THE BODY SHOP joined forces through an international campaign against the child trafficking for sexual purposes.

The purposes of this campaign were to raise public awareness on this phenomenon, to raise funds for the development of prevention projects and to mobilize governments to initiate changes at the political level.

More than 7 million petitions have been submitted to the United Nations, making the campaign “Stop the trafficking of minors for sexual purposes” the largest petition ever submitted to the them!

In Belgium, several tools were created during the campaign:

The 102 911 petitions signed in Belgium were handed over to Deputy Prime Minister Joëlle Milquet (2011), who undertook to revise the necessary conditions for obtaining the status of “victim of trafficking” so that child victims can have access to specific care and protection programs.

Dani Klein lent her support by becoming the official sponsor.

To find out more, have a look at: Their protection is in our hands and Creating Change through Partnership.