Recent crises and war in several countries, including Syria, Afghanistan and Eritrea among others, have led to tens of thousands of refugees arriving in the European Union via southern Europe and across the Mediterranean Sea. Among them are a significant number of children, some of whom are separated from their families. ECPAT International released a statement signed by 12 members to the attention of European institutions to strengthen the protection of these particularly vulnerable children.

Big success for the campaign I Say Stop!

The 18th of November becomes the European Day on the Protection of Children against Sexual Exploitation and Sexual Abuse! 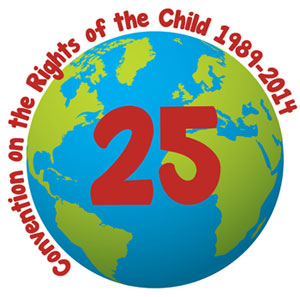 25 years of children’s rights but which protection against commercial sexual exploitation?

Unaccompanied foreign minor in Belgium: What are you rights ?